What is a Blood Moon?

The moon may turn red or coppery colored during the total portion of an eclipse. The red moon is possible because while the moon is in total shadow (umbra), some light from the sun passes through Earth’s atmosphere and is bent toward the moon. While other colors in the spectrum are blocked and scattered by Earth’s atmosphere, red light tends to make it through easier. 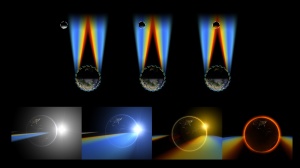 What is a Total Lunar Eclipse?

Lunar eclipses occur when Earth’s shadow blocks the sun’s light, which otherwise reflects off the moon. There are three types — total, partial and penumbral — with the most dramatic being a total lunar eclipse, in which Earth’s shadow completely covers the moon. 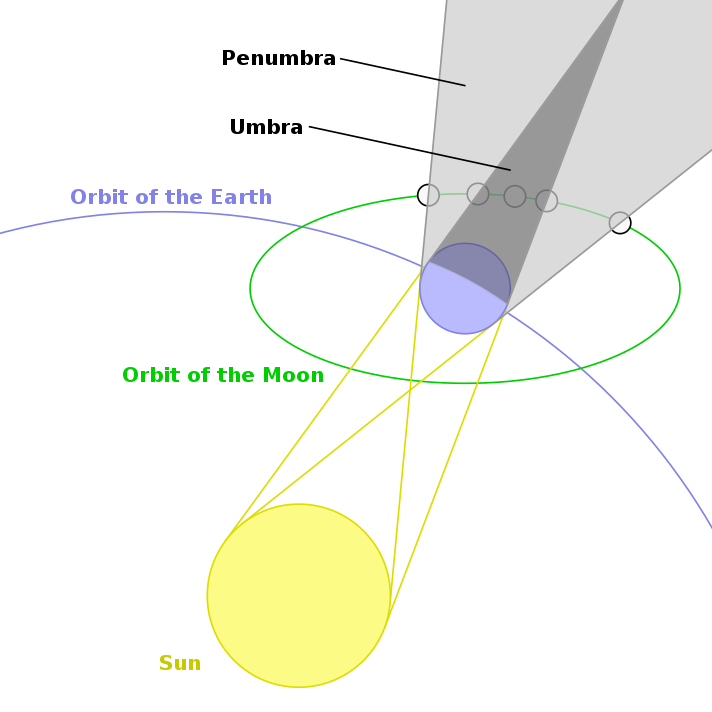 The total lunar eclipse this month with be visible for most of North & South America after sunset on Sept.27th. As the full moon passes directly through the Earth’s Umbra (shadow), the eclipse will last around 72 minutes, whilst the moon will take about 3 hours to completely pass though the Earths penumbra shadow. Here’s a layout of the Eclipse times in Coordinated Universal Time UTC & EST

Total duration of the eclipse is 5 hours, 11 minutes.

Total duration of the partial phases is 2 hours, 8 minutes.

Duration of the full eclipse is 1 hour, 12 minutes.

Eclipses have always held a peculiar kind of meaning, especially in the world of astrology. We’ve evolved from the frightening and damnatory times of the Middle ages, when eclipses were seen as a bad omen, to now being able to witness them in a whole new light. Today’s Astrologers aver that eclipses prompt personal growth and inspire new ideas & opportunities. The full moon represents the Goddess at her most fertile, luminous self. A lunar eclipse during a Harvest Moon may focus our attention to our more personal relationships. Projects that were once started and left to the curb can be adjusted or completed, during the Harvest Moon’s eclipse. It is the perfect time for creating change. So as the lunar eclipse reaches it peak in totality,and passes through its Umbra, you can expect a resetting of emotions and a release of any spiritual or emotional dead weight you’ve been carrying. As the Harvest Moon moves into it’s final eclipse of the year use this time reset your intentions in a luculent and forthright manor.

A Lunar Eclipse occurs on September 27, 2015, at 4 degrees and 40 minutes of Aries (opposite the Sun in Libra), affecting people born with personal planets and points at approximately 0 to 10 degrees of the Cardinal signs (Aries, Cancer, Libra, and Capricorn) most significantly.

Find out more about this Lunar Eclipse in Aries.

How to watch a lunar eclipse

Eclipses of the Moon are easy to watch with the unaided eye. A modest pair of binoculars will give a superb view of the Moon’s surface, but are not required. Unlike solar eclipses, lunar eclipses are entirely safe to look at without the need to look through any kind of filter. I’ll be taking out my telescopes, and making a party of it! So get yourself some munchies, drinks, a dark open sky, and catch this eclipse!